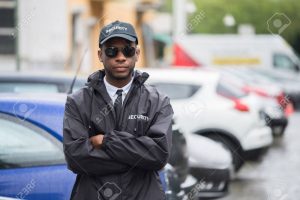 Sometimes guards work for more than one company because they appreciate the diversity that the two or more jobs offer. For instance, being a security guard at a concert means they get to hear songs they like while guarding performers, and this is a “once in a while” job, while they have their “bread-and-butter” job at the jewelry store five days a week from 9 to 5.

Are there reasons not to work for more than one company? Sure– it can make life more difficult when it comes to scheduling– what if one company wants the guard at the same time the other company insists they be available? This can lead to feelings of disloyalty and frustration. Guards could also have to deal with keeping track of the different company’s policies and rules, and sometimes make mistakes. What if one company doesn’t want the other company knowing their trade secrets? It can get awkward.

If you’re a guard working for more than one company, it’s harder to get promoted at one job since you’re probably not fully invested in any one job. A company will probably choose the hardest worker who puts the time and energy into their job compared to a part-timer who only works a couple hours per week.

It’s up to guards to choose what they want to do– most guards stick with one company at a time, though some choose two or more.

If you’re looking for security training in Chicago, check out the classes we offer.